The Volcanic Malvasia from Bodegas Vega de Yuco'essence Yaiza' gets Gold medal on the XXII edition of the Official Agrocanarias Wine Contest 2022, which is organized by the Ministry of Agriculture, Livestock and Fisheries of the Government of the Canary Islands through the Canarian Institute of Agrifood Quality (ICCA) to recognize the best productions of the different appellations of origin, produced and bottled in the Archipelago.

151 samples have attended the contest with the participation of wines from all the islands. The decision of the jury, made up of 22 expert tasters and oenologists, was announced this Wednesday, April 27, after the celebration of the annual contest, whose call took place at the end of March on the island of Fuerteventura.

Esencia Yaiza is once again the only wine from Lanzarote awarded in this official competition, with this gold medal in the category of 'young or barrel-fermented whites'. It shares the podium in this same category with four other awarded Canarian wines from the DO Valle de Güimar, DO Abona and DO Islas Canarias.

This recognition also comes in this month of April when the 25th Anniversary of the winery. From Vega de Yuco they show “very grateful and happy” for the new distinction for its valued line of Esencia Yaiza wines, distinguished not only for their quality but for their elegant and iconic blue bottle that has characterized them since 2005, the date on which the winery began to produce this wine from the DO Lanzarote. Similarly, the winery transfers its “congratulations to all its staff and winegrowers who make it possible, to the rest of the award-winning wineries and to the organization of the event for its twenty-two editions”. 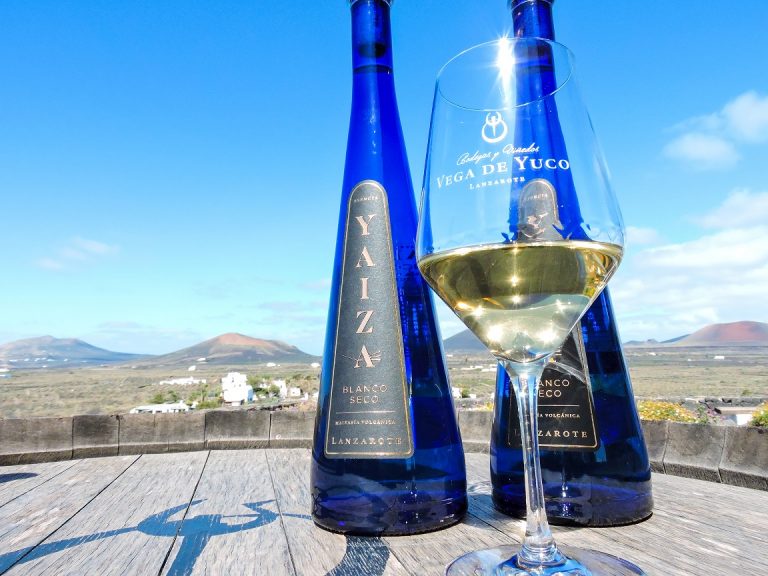 The monovarietal Malvasía Volcánica Esencia Yaiza is a dry white that represents the most genuine expression of artisanal viticulture in Lanzarote. Upon arrival at the winery, the Malvasía Volcánica, from different plots on the island, passes through the grape selection table where only the best bunches are selected by hand. Then, the selected Volcanic Malvasia is fermented in steel tanks using cold maceration techniques, producing a highly expressive wine that is characterized by its freshness and great aromatic personality.

This wine is pale yellow in color, with clean tones that denote its freshness and youth. From the first moment it surprises with fruity touches and aromas characteristic of the Volcanic Malvasia of Lanzarote. Little by little it evolves towards an assembly of tropical and white-fleshed fruits with notes of citrus and orange blossom at the end. A complex and perfumed wine, with high aromatic intensity. The entry into the mouth is very soft and light, showing its freshness and liveliness. A Volcanic Malvasía with balanced acidity that invites you to enjoy it again on the palate and that is liked by almost all the people who try it.

Yaiza is mainly marketed in the eight Canary Islands and in the traditional markets of the European continent, through its distribution channels and electronic commerce.

It should be remembered that this wine has also garnered several awards in 2020 such as the silver medal of the awards Bacchus and bronze medal in the prestigious and international Decanter.